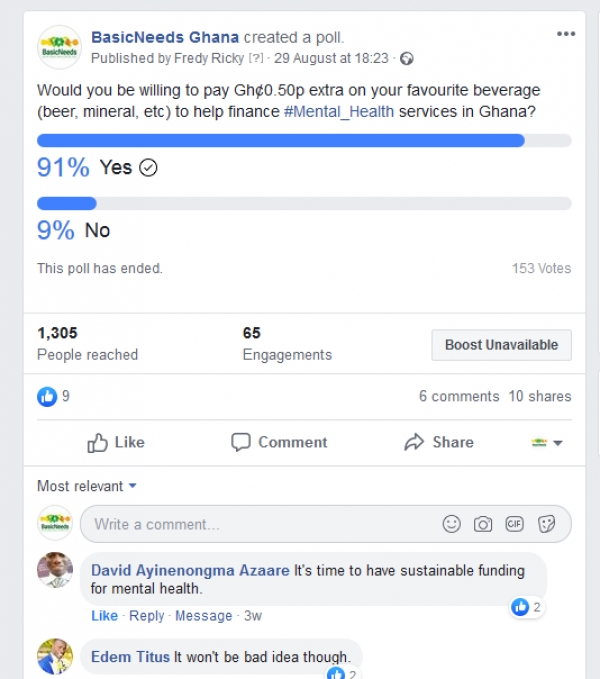 It has come to light that most Ghanaians might be willing to be levied in order to support mental health services in Ghana. This came to light from a Facebook poll conducted on the organisation’s Facebook page between 29th August to 4th September 2019. Poll participants were asked if they would be willing to pay GHȻ0.50p extra on their favourite beverage to help finance mental health services in Ghana.

From the results, 91% of the 153 people who participated in the poll expressed their willingness to pay such a levy. An interesting discovery which was revealed in this poll results is that no female participant expressed an aversion to paying such a levy.

Some of the poll participants used the opportunity to share their comments with BasicNeeds-Ghana. David Ayinenongma Azaare said that “It’s time to have sustainable funding for mental health.” Edem Titus said “It won’t be bad idea though.” Jerey Jay however added a note of caution thus “If only it won’t be used for the wrong purpose”.