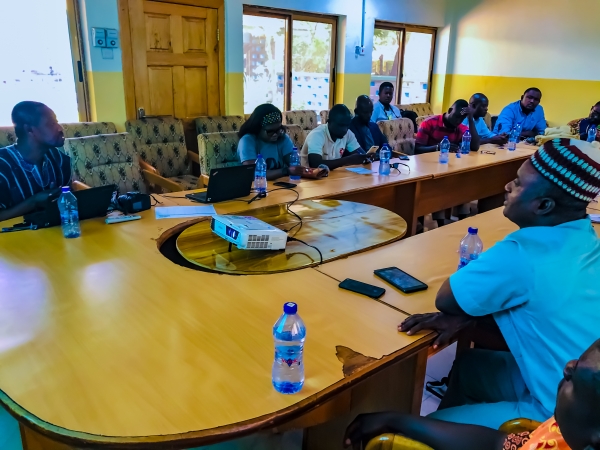 BasicNeeds-Ghana, on 15th November 2019 disseminated key findings of its 2018 mental health resource allocation and tracking exercise carried out in 30 districts in 5 regions of Ghana to the media in Tamale. The event was sponsored by STAR Ghana Foundation under a project titled “Quality and Accessible Mental Health Care for the Poor and Vulnerable in Ghana”. In attendance were media practitioners from print, radio and TV media outlets.

The Programmes Manager of BasicNeeds-Ghana, Adam Dokurugu Yayaha, presented an overview of the project to the participants. He said the overall objective of the project was to strengthen mental health systems and improve access by those who are poor and vulnerable. He highlighted key activities undertaken to meet this objective. He told the participants that the project was now mainly focusing on engaging with key stakeholders towards ensuring sustainable financing for mental health service provision, especially at the community level.

The Knowledge Management and Communications Officer of BasicNeeds-Ghana, Fred Nantogmah, presented on the key findings of the resource tracking exercise. He underscored the point that the exercise was not meant to be a rigorous research study, but to provide a mechanism for the participating districts to track the resources they expended on mental health service provision.

Fred Nantogmah pointed out that the key findings reflected how mental health had been neglected by successive governments – a fact corroborated by the World Health Organisation that there was a 98% mental health treatment gap in Ghana. He impressed on the media present to impress on the local authorities to prioritise the mental health of their constituents by making funds available for mental health service provision.

At the end of the programme, Yahaya Masahudu of the Finder Newspaper said “I know government has not prioritised mental health issues enough, but this programme has even shown that the situation is worse than I thought. As a media practitioner, I will devote time to writing on mental health issues to draw government’s and parliament’s attention to the challenges in the sector.” Ken-Zorre Edward of Diamond FM remarked that “I’ve come to realise that mental health in Ghana is not given the needed attention and I think a time has come that government and other stakeholders come together and do better. I think that everyone has a role to play in the mental health sector.”