My Life is Altered, Not Ended 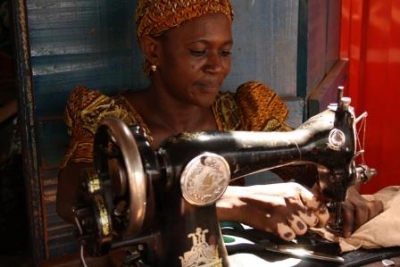 While in JSS 3, Fatimata Karima began to experience seizures. Initially, her mother perceived a connection between a recent fall from a tree, and the attacks. A visit to the local hospital confirmed the presupposition; Fatimata’s brain was acting irregularly.

However, her mother insisted that the issue wasn’t biological, and brought her daughter to traditional healers. While Fatimata could have been receiving the treatment she desperately needed, she was forced to receive fruitless care for around six months. After this period of time, her mother relented, and she returned to the hospital. She started with her treatment in Burkina, eventually transferring to Tamale. Her mother always accompanied her to the hospital.

The severity of the epilepsy forced Fatimata to drop out of school. At times, she experienced 6 or 7 seizures every single day. Not only did the condition incapacitate her educationally, but it inhibited her socially. Fatimata was no longer able to engage in the activities that she had previously shared with her friends; she couldn’t do what they were doing. This exasperated underlying prejudice, creating a divide between Fatimata and her friends. Eventually, they would not even share a meal with her. Even today, recalling this reality brings great sadness to Fatimata.

Eventually, the drugs began to improve her situation. She stabilized, and began living a more normal life. Additionally, she benefitted from seamstress training from BasicNeeds. Currently, she participates in monthly self-help group meetings, where she receives her medication. She encourages friends who are also suffering to come to those meetings with her, believing that medical treatment is more helpful than traditional. Her friends accepted her back, and now they invite her to outdooring and weddings. Their relationship has greatly improved. Additionally, she works as a seamstress in a shop near her mother’s home. She is a master, though she doesn’t have any apprentices and relies on assistance from another worker to cut her cloth. Fatimata enjoys the sewing, and displays talent in her work.

However, this was not the career path she envisioned while in school. She reflects back to her schooldays, when she dreamed with her friends of a bright future as a doctor or teacher, with despair. “This was not what I envisioned doing after school” she muses. Today, she lacks hope of a better day, knowing that she is confined to her seamstress work by her condition. Though her last seizure was in August, her fingers still display the effects. Her hand fell into a pot of boiling soup, leaving severe burns.

But the scars are not only physical. On two separate occasions, Fatimata was taken advantage of by men. They promised marriage, but abandoned her after she became pregnant. Her mother speculates that their flight was related to the epilepsy. Regardless, Fatimata has been left with two children, and no husband.

Those developments were quite devastating. She laments that her epilepsy has caused her to go backward in life. Yet, despite this overwhelming challenge she has been facing for over 20 years, she displays great courage to carry on. She is determined.