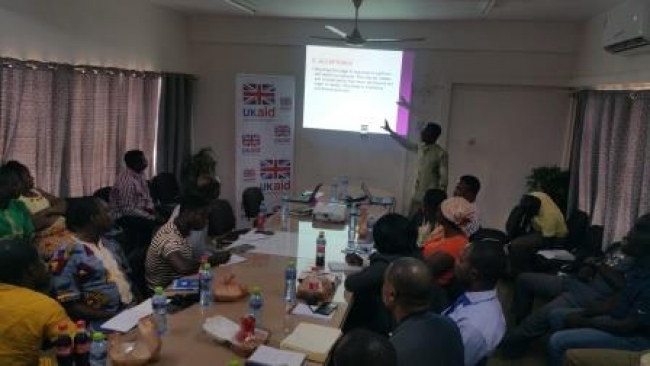 BasicNeeds-Ghana, on September 6 and 7, 2017 met with managers of prayer camps in the Eastern Region as part of a UK aid funded project titled “Support Mental Health Services in Ghana”. These engagements, which took place in Koforidua and Nkawkaw, respectively, were meant to promote collaboration between non-formal mental health service providers and counterparts in the formal sector, especially in areas where non-formal health providers were the predominant mental health service providers.

In welcoming the participants, Adam Dokurugu Yahaya, Programmes Manager of BasicNeeds-Ghana, indicated that mental health of people with psychosocial needs should be a matter of prime importance to both formal and non-formal mental health service providers. He further stated that for there to be a marked improvement in the lives of those who patronise mental health services from prayers camps and other non-formal service providers, there was the need to collaborate. He insisted that collaboration was only possible within an atmosphere of openness, mutual respect and a desire to learn, innovate and cooperate.